High blood pressure and high cholesterol (despite weighing only 130 pounds), but I am still around. Of course, I'm more active on Facebook and YouTube these days. In fact, my YouTube channel soon will reach 50,000 subscribers.

For the Animaniacs fans among you, I trust you're aware of the new series to air on Hulu beginning in 2020. So far I know of none of the original writers/producers being so much as contacted about it. However, Steve & Julie Bernstein will be doing the music, and Randy Rogel has written some songs. Rob, Jess, Tress and Maurice have indicated they're on board. So it seems there will be the Warners and P&TB in it. No sign of Slappy yet; Sherri definitely has not been called.

Last year I got tired of rebuilding the clutch on my old Yamaha XJ600S, so bought a 2018 Kawasaki Ninja 400. 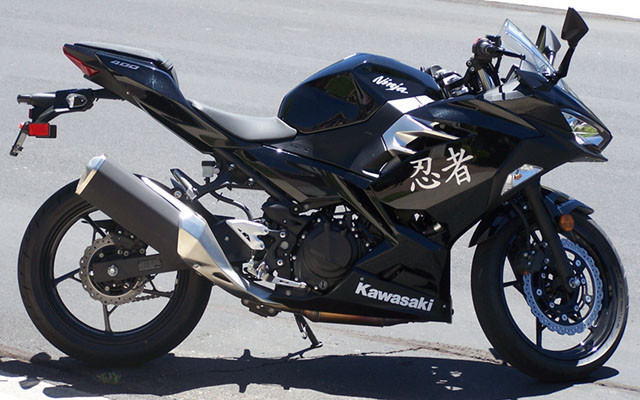 A few years back I got a toy I've always wanted -- a modern player piano that can be played by my computer via MIDI. For example, here's a livestream of cartoon music I did on Facebook (the first two minutes is silence as I was working out if the stream actually was working!). https://www.facebook.com/keeper1st/videos/10156669689276004/.
Facebook post

Today's the 20th anniversary of our tour of Warner Bros. Animation and the WB lot, a.k.a. Animania IV.

Couldn't let the day go without mentioning that.

Last month, I had a septoplasty and a turbinate reduction done. All my life, I've never been able to breathe well through my left nostril. When I moved to high altitude, it became unbearable. I was holding my nose open at home whenever that was the active nostril.

Turns out that my right nostril also was constricted a bit too. I'd always thought it was fine, or better than normal, but the truth apparently was that I never knew "normal".

The two-week period after the surgery is absolutely brutal. It makes you wonder why in the world you ever did such a thing.

A month later, however, you wonder why you never had it done before... well you would if you didn't already know why -- couldn't afford it, and insurance probably would have denied coverage based on it being a pre-existing condition. Thanks to "Obamacare" however, I was able to get this done and have it covered by insurance.

Breathing is not overrated.

John P. McCann writes in detail about how the Lobo series that almost was, wasn't. It's a three-part blog post beginning here: http://writeenough.blogspot.com/2015/04/lobo-on-wb.html

It also gives a good sense of how WB Animation changed at the end of the 1990s -- y'nkow, why cartoons stopped being funny.

Just bought a new PC. Really shouldn't be spending any more money after getting new glasses, new tires, and having our house painted all within the last six weeks, but I really want to get back into simracing!

In December, Linda and I spent a week in Southern California. We went to Disneyland, meeting up with Animaniacs alums Lance Falk and Lisa Melcombe-Weisman. Also sat in the studio for the December episode of That Voiceover Improv Thing, at the invitation of Paul Rugg. Also in the studio were more Animaniacs alums: Deanna Oliver (director), and Steve & Julie Bernstein (who improvise music to go along with the improvised scenes). We also spent a night at the Old Town Music Hall in El Segundo -- really cool place with an absolutely huge theater organ (complete with whistles, horns, and other sound effects for accompanying silent movies). On the final day we hung out in Long Beach, walking the streets that make up the racing circuit.

In February I was given a second piano -- a little spinet from the 1940s or '50s. Unlike the old upright player, this one is well regulated and has all its key covers, so it's nicer to play on. I've already posted a few videos of myself playing it on my YouTube channel. I'm not too good, but I enjoy it anyway.

I also should mention this. Tom Ruegger, John P. McCann and Paul Rugg are organizing a Freakazoid convention to celebrate its 20th anniversary in the summer of 2015. Already I've seen Scott Jeralds announce he'll be there too.

As time progresses, no doubt Tom will talk more about it on his blog (as will John and Paul on their blogs), which is http://cartoonatics.blogspot.com/

Hey everybody (whoever is still on LJ)... Last night was the first episode of That Voiceover Improv Thing, a live online improv show put together by Paul Rugg and his voiceover buddies, with direction by Deanna Oliver. They'll be doing it monthly.

The first episode can be heard in its entirety on their page, http://thatvoiceoverimprovthing.blogspot.com/.

During the show, they occasionally take suggestions from the online audience. For the first suggestion from the audience, they used mine. The suggestion was for a radio talk-show subject. Off the top of my head came "Peanut butter: The wonder drug." So they did a long skit on that (starting with Charlie Rose interviewing Donald Duck about the subject), but then also made references to it in just about every skit thereafter. Funny stuff.

Check it out, and be sure to tune in next month!

If not, here's a presentation I made yesterday, complete with the lyrics, and prefaced by a bit of prerequisite knowledge needed to get the big punchline of the third verse.

In other news, smoooooke! bleah. Air Quality Index hit 200 yesterday (at 201 the rating goes from "Unhealthy for everyone" to "Very unhealthy for everyone") thanks to all the wildfires -- particularly the "Rim Fire" at Yosemite. I can feel it in my lungs... bleah. Today's the third day in a row in the "Unhealthy" index, and likely to have two more before it even begins to clear up. It's like a foggy day outside, but it's all smoke, 'cause we don't get fog here except from snow melt in winter. Sometimes it looks like we're on Mars; everything is so orange and red.

You may remember the "bombing run" scene of the Goodfeathers upon Mr Plotz. What we never saw (besides the actual pigeon poop) was the entire prologue that led to them deciding to bomb Plotz to begin with. Lance Falk has just posted his complete original screenplay for the never-produced prologue on the Facebook "90's Warner Bros. Cartoon Fans Unite!" group.

Some of you may remember that in the late 1990s WB was producing a series around the Superman character Lobo, and that the series got axed shortly before its debut (with Pokemon being a last-minute acquisition to fill the slot, there being no time left to produce anything original).

Maybe someday we'll see some of the finished animation of that show, but for now, here's a fun discovery. One of the artists who worked on the show has several character designs and scene setups from the show on his web site.

See http://www.stevenegordon.com/presentations.html -- starting with the image of Lobo himself, all the rest there on Page 1 are Lobo designs. More artwork from the show is found on Page 2.
Collapse